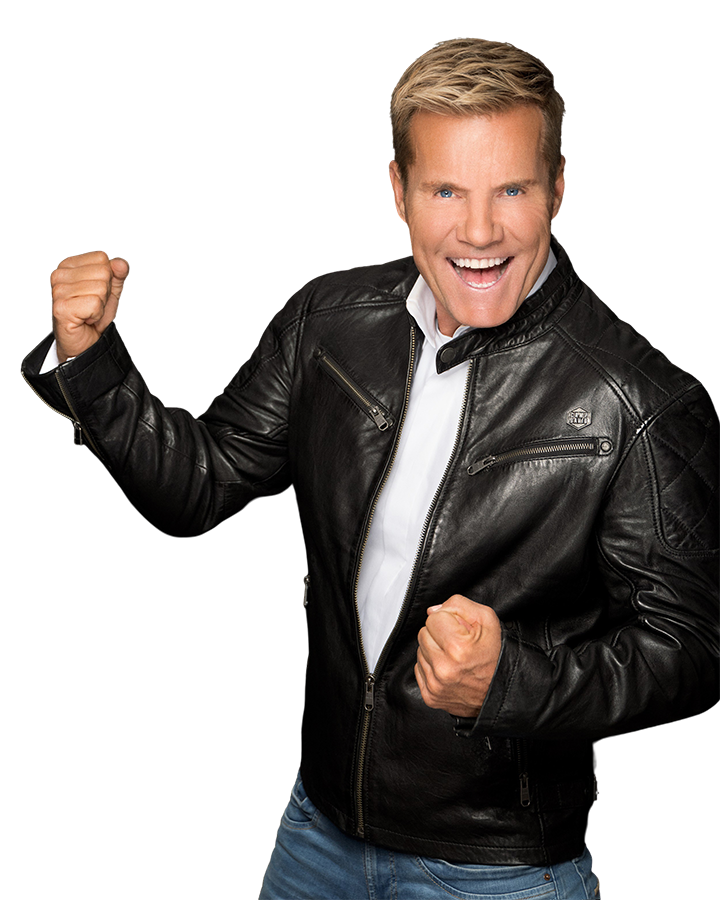 All Dieter’s endeavors invariably come to wild success and bring public recognition and the love of the fans all over the world.

Dieter was born on February 7, 1954 in the city of Bern, near Oldenburg, into a family of entrepreneurs Hans and Edith Bohlen.

As a child, Bohlen became interested in the music of The Beatles and decided tos start playing the guitar. To buy a tool, the boy got a job with a neighbor, a farmer, as a potato picker. Having earned 70 marks from the harvest, Dieter bought his first guitar. Soon, the whole school knew about him - the boy performed at special occasions, performing his own compositions and hits of famous musicians.

During his studies, Bohlen's parents moved several times, and Dieter managed to change three educational institutions: in Göttingen, Oldenburg and Hamburg. In 1969, he already had his own group Mayfair, and then Aorta, for which the young man wrote 200 musical compositions in a few years. Despite the fact that at first music lessons had a negative effect on academic performance, Dieter graduated from school with excellent marks.

After finishing school, Dieter entered the University of Economics and began to earn his living by performing in nightclubs. For each show, he received around 250 marks. Having saved up enough money, the talented artist bought a piano and his fir car.

Dieter has always dreamt of a big stage, so he regularly sent home recordings to various production centers in Hamburg.

In 1978, Dieter graduated from the university and immediately got a job in Peter Schmidt's music company Intersong. His responsibilities included tracking the latest in the popular music market and compiling reports and lists. In addition to his main job, Dieter got the opportunity to write songs and offer them to singers.

Starting from 1978, Dieter Bohlen tried his hand as a soloist in the Monza and Sunday bands, wrote songs for Katya Ebstein, Roland Kaiser, Bernd Kluver, Bernhard Brink. The musical composition Hale, Hey Louise, created for Ricky King, held on to the 14th position in German music ratings for almost six months and brought Dieter his first success and profit.

1983 is an historical year, as Dieter meets Thomas Anders, and a year later the joint project "Modern Talking" was launched, which made musicians world-class megastars

In 1983, the group "Modern Talking" recorded songs in German: ‘’Was macht das schon‘’, ‘’Wovon träumst du denn‘’, with which it got to the first positions of national music ratings. In 1984, the first English-language hit ‘’You're My Heart, You're My Soul‘‘’ appeared, which brought the duo worldwide fame.

The band's best-selling disc was the 1998 album ‘’Back For Good’’, which has a circulation of 26 million copies. In 2014, the musicians released a collection of hits dedicated to the 30th anniversary of the group.

During two periods of work, the group has created 12 studio albums, which have sold 165 million copies worldwide. Modern Talking holds the record for the most consecutive multi-platinum albums: The First Album, Let’s Talk About Love, Ready for Romance and In the Middle of Nowhere.

After working in the Modern Talking group for 3 years, in 1987 Dieter broke off relations with Thomas and created his own project - the Blue System musical group. In 1991, with the hit It's All Over, in which Dion Warwick participated, the European disco group entered the U.S. R&B charts. In 1992, the premiere of the single "Romeo and Juliet" took place on the RTL TV channel.

Over the 11 years of the existence of the Blue System disco group, 13 albums have been recorded, the most famous of which are ‘’Twilight’’, ‘’Obsession’’, ‘’Déjà Vu’’, ‘’Forever Blue’’.

In 1998 Bohlen returned to the Modern Talking project for 5 years.

In 2002, the best-selling book ‘’Nothing But the Truth’’ was published. This is a memoir in which Dieter described his own biography. In the same year, the musician launched the project "Germany is looking for a superstar" (DSDS). The final hit of the 1st season ‘’We Have A Dream’’ hit the first lines of the music charts, and the CD became the second bestseller in Bohlen's discography.

The composer produced the finalists of the competition Alexandra, Yvonne Catherfield, Natalie Tineo. In 2007, he began working with Mark Medlock, who won the 4th season of the DSDS TV show, with whom he recorded the albums ‘’Mr. Lonely’’, ‘’Dreamcatcher’’, ‘’Cloud Dancer’’, ‘’Club Tropicana’’. The musicians' joint single ‘’You Can Get It’’ was certified platinum in 2008.

Since 2010, Dieter Bohlen started producing Andreu Berg. Under the guidance of the master, the singer recorded the disc Schwerelos, which immediately hit the 1st place in German music ratings.

At the beginning of 2017, a collection of the master's best songs ‘’Die Mega Hits’’ was released, consisting of three discs.

On May 20, the big show Dieter Bohlen – ‘’Die Mega-Show’’ took place on RTL channel in support of the album. The performance was attended by performers of Dieter's musical compositions Mark Medlock, rap musician Key One, to whom Bohlen presented a cover version of Brother Louie under the new name Louie Louie.

Spectators of the concert could also enjoy the new sound of the 2000s megahit ‘’We Have A Dream’’ performed by the winners of the DSDS music competition of different years.

In 2019, Dieter Bohlen delighted fans with the news that he is returning to the big stage – which by all means, was a terrific piece of news for all of the fans, as Dieter has never entered the big solo stage during the last 16 years!

In the same year, in July, the musician released his new album ‘’Das MEGA Album!’’